Primark confirms furloughing of 68,000 staff as sales go from £650m a month to zero after retailer forced to close all stores by virus lockdown

By Camilla Canocchi for Thisismoney.co.uk

Primark has seen sales slump from £650million a month to zero as it has no online business to fall back on while all its 376 stores remain closed due to the coronavirus lockdown.

The fashion retailer’s owner, Associated British Foods, said it has furloughed 68,000 Primark workers across Europe and looking to start discussions with landlords to seek help with their lease payments.

As clothes remain unsold, Primark’s inventory has reached £1.5billion and the retailer expects to take a £284million hit from stock languishing in its warehouses which will unlikely be sold at full price once stores reopen.

No shopping: All of Primark’s 376 stores remain close due to the coronavirus lockdown

Chief executive George Weston said: ‘ABF has been squarely in the path of this pandemic. At Primark we have 68,000 of our people receiving furlough payments from governments across Europe, without which we would have been forced to make most redundant.

‘From making sales of £650m each month, since the last of our stores closed on 22 March, we have sold nothing.’

The announcement comes along the company’s half year results to the end of February, which show pre-tax profits fell 42 per cent to £298million.

Although the results do not cover the lockdown period, which in the UK started on 23 March, ABF saw exceptional charges rising to £309million, compared with £79million a year earlier, because of the £248million stock costs.

Weston said that while the effects of Covid-19 on the first half were not too marked, trading in the second half would be ‘radically different’.

In light of the disruption to its business, ABF said it wouldn’t be providing guidance and wouldn’t be paying a dividend.

ABF shares were trading 3 per cent lower at £19.34 on Tuesday morning.

It comes as yesterday the group announced it would pay an additional £370million to its suppliers to cover stock currently in production or finished product to be delivered after facing criticism over order cancellations.

The deal will cover products which were in production or due for shipment by April 17. The group had previously committed to pay only for orders which were in transit or booked for delivery by March 18.

Weston said they would not reopen stores until it was safe to do so and that the group had ‘people and cash resources to meet the challenges ahead’.

Two of ABF’s employees have died from Covid-19 in the past three weeks while another remains in intensive care in the United States. 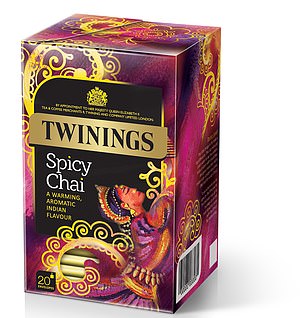 ABF’s food business, which includes brands like Twinings tea, Blue Dragon sauces and Ovaltine, is helping the firm weather the crisis as it has seen ‘significant increase in demand’ in recent weeks.

Adam Vettese, an analyst at investment platform eToro, said of Primark: ‘What was once Associated British Foods’ golden goose has stopped  laying eggs.’

But he believes that the group ‘has plenty in reserve to ride out this crisis, even if it does emerge severely bruised’.

Emma-Lou Montgomery at Fidelity Personal Investing notes that while ABF diversification plays in its favour, the lack of online business leaves Primark behind its peers.

She adds: ‘What is emerging is the potential resilience of ABF, which as a company with a history in food stuffs and a more recent success in fast fashion, seems, at face value, a haphazard mix of businesses.

‘However, the value of diversification is becoming apparent. The bitter pill that has to be swallowed on the fashion side may yet be sweetened by the fact that its food businesses continue to operate at full capacity.’

‘While Primark isn’t its only business, ABF doesn’t have the luxury of having an on line business, like its peers which means its other businesses have become much more important in the context of maintaining cash flow.’