Keir Starmer ramped up pressure on Boris Johnson today warning he has just a month to bolster the test and trace system – or the UK will face a ‘long bleak winter’ of coronavirus.

The Labour leader lashed the PM for being ‘too slow to act’ throughout the crisis, saying he needed to accept the crucial tracking arrangements are not working properly.

Sir Keir said the nation was at a ‘crucial point’ in the fight against the disease and failure to address the problems in the coming weeks would fuel a deadly second peak.

The grim warning, in an article for the Guardian, came after a major study predicted a resurgence of the disease unless the system gets better – and said it could be twice as bad as in the Spring. 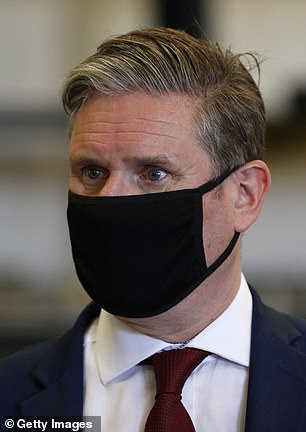 Scientists said the only way of bringing back schools and avoiding another crisis around Christmas was dramatically to improve the NHS test and trace operation.

Sir Keir pointed to the Government’s lack of clear communication throughout the crisis and said contact tracing was one of the biggest issues.

He wrote: ‘On the occasions that the government has acted at pace, it has too often done so without a clear plan. Trying to get answers and clarity from the prime minister is a frustrating experience.

‘His repeated refusal to accept that test and trace isn’t functioning properly is a roadblock to fixing the issues and restoring public confidence.’

Sir Keir also stressed that reopening schools for the new term must be a priority and further steps needed to be taken to ensure the NHS was ready to cope with another potential spike in infections.

‘Any steps the government makes to regain the trust of the British people will have Labour’s full support,’ he wrote.

‘But the reality is that if the government doesn’t use this summer wisely, focusing on driving down the rate of infection, Britain faces a long and bleak winter.’

In a report yesterday, researchers at UCL working with a team at LSHTM revealed that, if schools do re-open and lockdown is gradually lifted with more people slowly returning to work, a second wave will occur.

The secondary wave would result in the R rate — the number of people each Covid-19 patient infects — rising above the dreaded number of one. 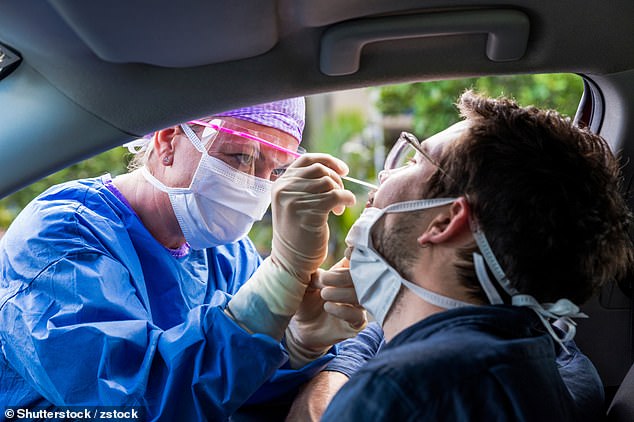 This could yield a secondary wave of infections 2-2.3 times the size of the first, which has so far killed around 46,201 people.

The peak would come in December, or in February 2021 if schools re-open on just a part-time basis.

Dr Jasmina Panovska-Griffiths, study author, said: ‘Our results are reflective of a broader loosening of lockdown, rather than the effects of transmission within schools exclusively.’

The study, published today in The Lancet Child and Adolescent Health, assumed children were as infectious as adults.

But the results remained true even when the team re-ran the model with the assumption that children and young people were 50 per cent as infectious as adults.

The authors said without improvements in testing it will be ‘absolutely essential’ to introduce other measures in September to ‘mitigate’ the effects of schools opening. This could mean pubs are forced to shut or greater restrictions are placed on people meeting indoors.

Pets can get Covid… but do you really need a virus mask for your dog?

Flu vaccine shortage 2020: Will the flu jab run out this year?

Everything coming to Amazon Prime Video in October 2020

Everything coming to Amazon Prime Video in October 2020

Cosmetic ‘tweakments’ to banish bingo wings and build biceps at the...

Should YOU try a dry January? Experts weigh in