Gold mining veteran Peter Hambro has launched an emotional plea to private shareholders, urging them to intervene after the board of the company he created 26 years ago was ousted.

He said a vote this week is an opportunity for ‘properly informed’ shareholders to decide the future of Petropavlovsk, worth £1.3billion, after a shock vote in June ejected seven directors.

Canadian pension fund Prosperity, with around a fifth of the shares, has put forward a proposal to reinstate Hambro’s co-founder Pavel Maslovskiy and several others. It is pitted against activist Everest Alliance which has proposed an alternative board.

Dismayed: Peter Hambro is hoping for a coup reversal

Everest Alliance is controlled by Nikolai Lustiger, a mysterious Russian businessman who was 15 years ago wanted by police after being accused by his estranged wife of abducting their two-year-old daughter.

Everest and UGC – a privately-owned firm run by Russian billionaire Konstantin Strukov – were behind the summer board coup.

The turmoil surrounding Petropavlovsk emerges amid mounting concern over the influence of Russian interests in the UK.

Hambro said many small shareholders – believed to comprise 10 per cent of the company’s shares – did not vote in June and could now decide the company’s future.

‘I’m sad there is this falling out,’ said Hambro, who now owns less than 1 per cent of the business and appeared visibly dismayed by the deepening row. ‘It’s not the happy ending of the story I would have hoped for.’

But he added: ‘[This] is an opportunity for all the shareholders, being properly informed, to make a judgment as to who they want to run the company.’

Hambro emphasised he was speaking as a private shareholder after a legal gagging order brought by Everest Alliance was last month placed on him as acting chairman. He said the vote to oust the directors in June had appeared beforehand to be ‘such an anodyne affair’ and so ‘quite a lot of people didn’t actually vote’.

In the event, two other investment vehicles – Slevin and Fortiana Holdings – backed Strukov and Lustiger. Their combined 39 per cent voting power was enough to win the day as only 77 per cent of the shareholder vote was cast. 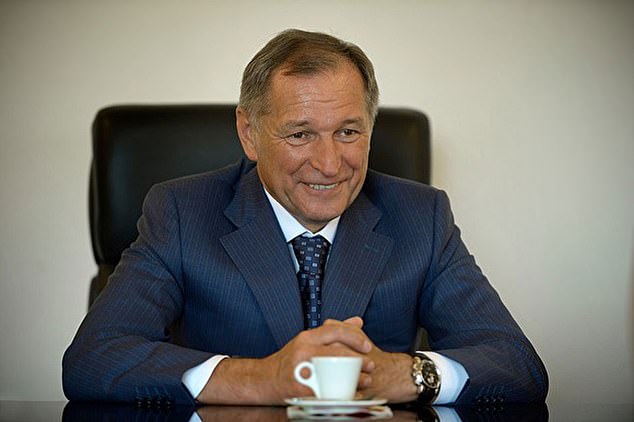 Acting chief executive Alya Samokhvalova responded in June by asking the UK Takeover Panel to investigate whether two or more parties worked together to unseat Maslovskiy’s board.

Everest denied accusations it acted in concert with UGC, adding it had also reported Prosperity and ‘certain directors and managers’ to the Takeover Panel

A divided board and the court order means the circular issued last week to shareholders with the details of Prosperity and Everest Alliance’s proposals omits the usual recommendations from the board on many resolutions.

Hambro, from the famous banking dynasty, said: ‘Prosperity, the second largest shareholder, has put up the names of some of the previous directors because those are the people who have done such a remarkable job for the company over the last couple of years.’

However, Everest said it had decided the company was pursuing the wrong strategy, was not accountable to shareholders and ‘refused to explain its management and strategic choices’. 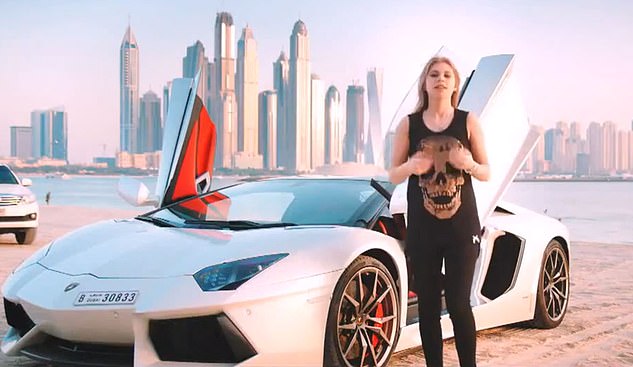 Over the past decade, Petropavlovsk has invested heavily to position itself as one of Russia’s major producers of refractory gold – a method of extracting gold particles from other rock. Hambro said: ‘I’m thrilled how successful the company is and hugely grateful to all the people who have worked so hard to make it work.’

In May, it was reported that a merger of UCG and Petropavlovsk was under consideration – something that UGC has denied. If a deal did go ahead, it would form the largest gold miner in Russia. Last week, the situation became even more fraught after Petropavlovsk’s auditor PwC stepped down.

PwC said it was ‘not able to accept their proposed appointment at the present time’ amid ‘concerns about corporate governance standards’.

It said this means the company ‘does not currently have an appointed auditor’ and that ‘complete satisfactory background checks’ on new board members would be necessary before it re-assessed its position.

Lustiger’s estranged wife accused him in 2005 of abducting daughter Lillian in London and smuggling her abroad after she let him spend a day with the then two-year-old.

Four years later, in the TV show America’s Most Wanted, David Armond, of the UK’s Serious Organised Crime Agency’s international unit, said: ‘One of the individuals we’re very interested in tracking down is Nikolay Lustiger, a US citizen born in Russia. He abducted his daughter and fled the country.’

Last night, Everest said Lustiger’s ex-wife had made the abduction allegation as part of ‘multi-jurisdictional divorce proceedings … The court in California ruled in his favour following which court cases in all jurisdictions were dismissed. The child spends time with both of her parents whenever she wants.’

Lustiger was head of institutional sales at a cryptocurrency firm, CyberTrust, which raised $10million in 2017 in an ‘initial coin offering’.

However, after a warning from the regulator in Luxembourg about CyberTrust, the company – whose parent company was called CABS Platform – cancelled the raise and returned the money to investors. A few months later, CABS Platform bought a stake in Petropavlovsk, triggering questions about the source of the funds. CABS changed its name to Everest Alliance a further few months later.

Lustiger said all funds from the coin offering had been returned to investors and not used to buy the Petropavlovsk stake – and he has never had any criminal convictions.

Meanwhile, a woman named Valeria Strukova, billed as Strukov’s daughter, gave an interview to Tatler four years ago in which she said her father was her role model and had given her a music studio. A representative for Strukov last night described her as an ‘impostor’.