Energy bills are set to soar by £219m this summer as 125 fixed deals come to an end: We reveal the best tariffs on the market

By Grace Gausden For This Is Money

Millions of households across the UK will see their energy bills rise by an avwerage of nearly £150 this summer as a number of fixed deals come to an end, new research has revealed.

Some 125 fixed deals are set to finish at the end of July and August, meaning millions of bills will increase, according to data from comparison site Uswitch. Almost 1.5million homes will be affected by the price hikes – unless they change to a new fixed tariff, which are much less pricey than standard default tariffs.

The collective increase for all household is £219million, or £149 each, if they just roll onto a costly standard variable tariff.

125 fixed deals are to finish at the end of July and August, meaning millions of bills will increase

Consumers are encouraged to check their bills before letting it roll on automatically and are advised to use price comparison sites to see if they could find themselves a better deal.

Sarah Broomfield, energy expert at Uswitch, said: ‘There are 125 fixed deals coming to an end in July and August, and it’s important to bag yourself a new one before you get dumped on your supplier’s standard variable tariff.

‘With some families facing financial difficulties and uncertainty at the moment, no one should be paying more than they need to for their energy.

‘Britons could face an average £149 price hike if they do not take action and switch to a cheap deal now to avoid rolling onto a poor value Standard Variable Tariff.’

Separate research from Compare the Market earlier this month revealed that more people were switching away from the Big Six rather than to, for the first time this year.

Many smaller, challenger suppliers are offering competitive deals that is encouraging customers to switch tariff.

Of the five highest savings tariffs available on Compare the Market, all were from challenger suppliers, with an average saving amongst these deals standing at almost £375.

Peter Earl, head of energy at Compare the Market, said: ‘With many energy tariffs coming to an end in July, hundreds of thousands of households run the risk of being rolled onto a standard variable tariff – which will likely be significantly more expensive.

‘The best way to mitigate any increase in the cost is by switching provider or shopping around for a better deal. There are a range of competitive tariffs available at the moment – including tariffs that use renewable energy – making now a great time to review your current deal.’ 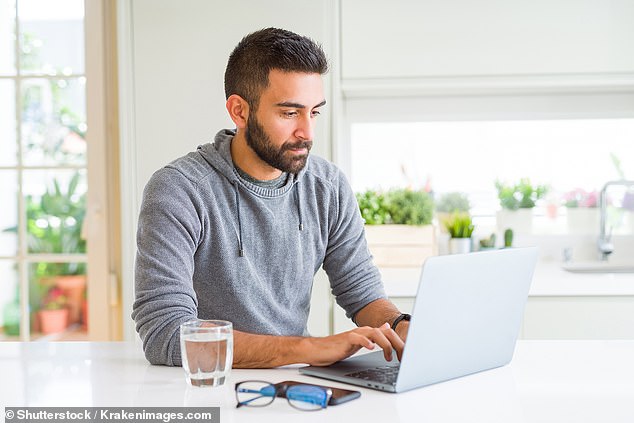 Best fixed deals on the market

Currently the best fixed deal on the market is with challenger supplier, Avro Energy, on their Simple and SuperGlow tariff.

The average yearly price is just £810.34, fixed for 12 months. However, those looking to be more environmentally friendly may want to give it a miss as it is not green.

It is also a green deal which could sway those looking for a cleaner tariff.

Two of the Big Six suppliers are also featured in the list with British Gas and Eon both making the cut.

Eon’s Fix Online Exclusive v43 tariff comes in at £851.44 a year but there is an exit fee of £60 a year if customers want to leave early.

RUTH SUNDERLAND: Coronavirus could be the catalyst to a far fairer...

TONY HETHERINGTON: This ‘bricks and mortar’ bond falls through cracks