By Michael Thomsen For Dailymail.com

Apple is reportedly considering reopening a number of stores previously closed in response to the COVID-19 pandemic.

The announcement was made in a weekly video address meant only for Apple employees, given by Deirdre O’Brien, the company’s vice president of retail and people.

O’Brien said the company is ‘continuing to analyze this health situation in every location’, adding: ‘I do expect we will reopen up many more stores in May.’

In an internal video briefing, Apple said it expects to reopen ‘many more stores in May,’ though no locations or exact dates were specified

O’Brien didn’t identify any particular locations in the US that would see stores open first, according to a report in Bloomberg.

Apple initially closed all 272 of its US stores in March, as the COVID-19 pandemic quickly transformed into a global emergency.

‘In our workplaces and communities, we must do all we can to prevent the spread of COVID-19,’ Apple CEO Tim Cook said in a statement explaining the initial closures.

The company initially said its stores would be closed for two weeks, but later extended the shutdowns indefinitely pending local conditions.

In total, Apple has stores in 24 countries, including China, Japan, Thailand, Brazil, France, and Mexico. 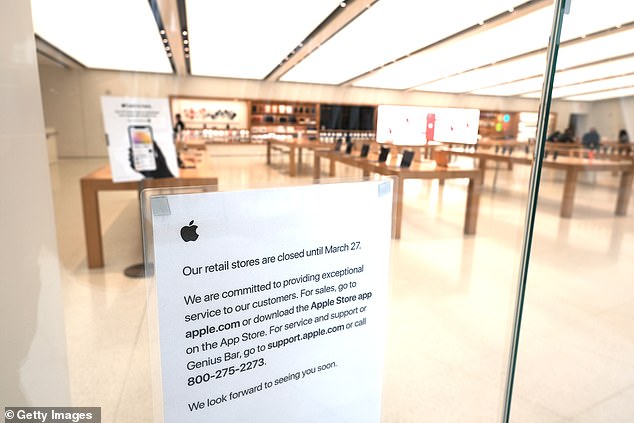 Apple initially made the decision to close all 272 of its US retail locations in mid-March. The shutdown was initially planned to last two weeks, but has since been extended multiple times

In April, Apple re-opened one of its locations in Seoul, South Korea, along with temperature screening checkpoints for customers trying to enter.

According to Bloomberg, the store has mainly been operating as a hub for repairs and customer service and hasn’t emphasized general sales of new devices.

O’Brien didn’t specify whether similar policies would be used for locations in the US that might reopen. 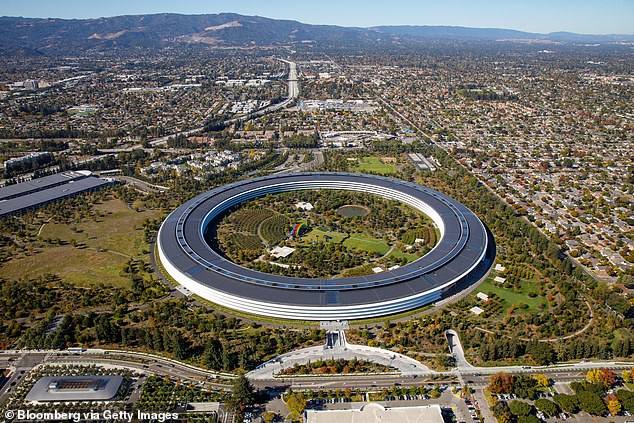 The company still has not revealed any plans to bring back corporate employees, including those at its California HQ (pictured), who are still working from home

This week, Georgia became the first US state to reopen some parts of its economy after COVID-19 shutdowns, with restaurants, gyms, and some retail shops resuming limited service.

Texas has said it will also allow some of its commercial businesses to reopen this week as well, as long as they limit occupancy to 25 percent of normal.

Even if the company begins reopening more of its retail locations, it’s likely Apple’s corporate employees will continue to work from home for the foreseeable future.

The company hasn’t given any indication as to when workers might return to its main headquarters in Cupertino, CA, but Tim Cook has said when the offices reopen all employees will be subject to regular temperature checks.

The 1980s-era Abrams tank lives on with new weapons

Psychology: Motivation to learn declines with age due to reduction of activity in key brain circuit